It is increasingly clear that Conroe is ready to do business. Conroe received a boost to attract international business and domestic companies doing business internationally thanks to the completion of the United States Customs and Border Protection Federal Inspection Station at Conroe North Houston Regional Airport. Completed last month, the facility held its grand opening on September 22.

The opening of the facility means that planes can now fly from Mexico, Canada, Central America, and other international locations directly to Conroe. Previously, planes would have to stop at George Bush Intercontinental Airport, before continuing on to Conroe. Removing the extra stop will eliminate losses in time and money, encouraging more businesses to fly planes directly into hassle-free Conroe North Houston Regional Airport. The $2.5 million, 3,300-square-foot building is forecasted to have a $5 million annual economic impact to the area by 2020.

“The completion of the United States Customs and Border Protection Federal Inspection Station could be a game-changer in Conroe’s ability to attract international business,” said Greater Conroe Economic Development Council Executive Director Fred Welch. “Adding this facility to an already attractive business climate, will be beneficial in the recruitment of companies looking to locate in a place like Conroe. It is further proof of Conroe’s commitment to meeting business needs. – local and global”

Lending credence to the idea that the facility signals great opportunity for the Conroe was the attendance of more than twenty elected officials at the facility’s grand opening. Montgomery County Judge and GCEDC board member, Craig Doyal, was one of the distinguished guests who spoke at the event.

Doyal also commented on the other recent airport projects that have helped to grow the airport, including the opening of the Air Traffic Control Tower in 2009 and the extension of Runway 14/3R in 2015.

The facility was made possible through a public-private partnership that included Black Forest Ventures Aviation, as well as Conroe Industrial Development Corporation, Montgomery County, Economic Development Partnership of The Woodlands, and Shenandoah Municipal Development District.

While the facility will have normal operating hours of Monday through Friday from 10 a.m. – 6 p.m., a U.S. Customs and Border Protection full-time Customs Inspector will be on call for scheduled business aviation arrivals outside of normal hours.

This is another example of exemplary customer service companies can expect when doing business in Conroe. 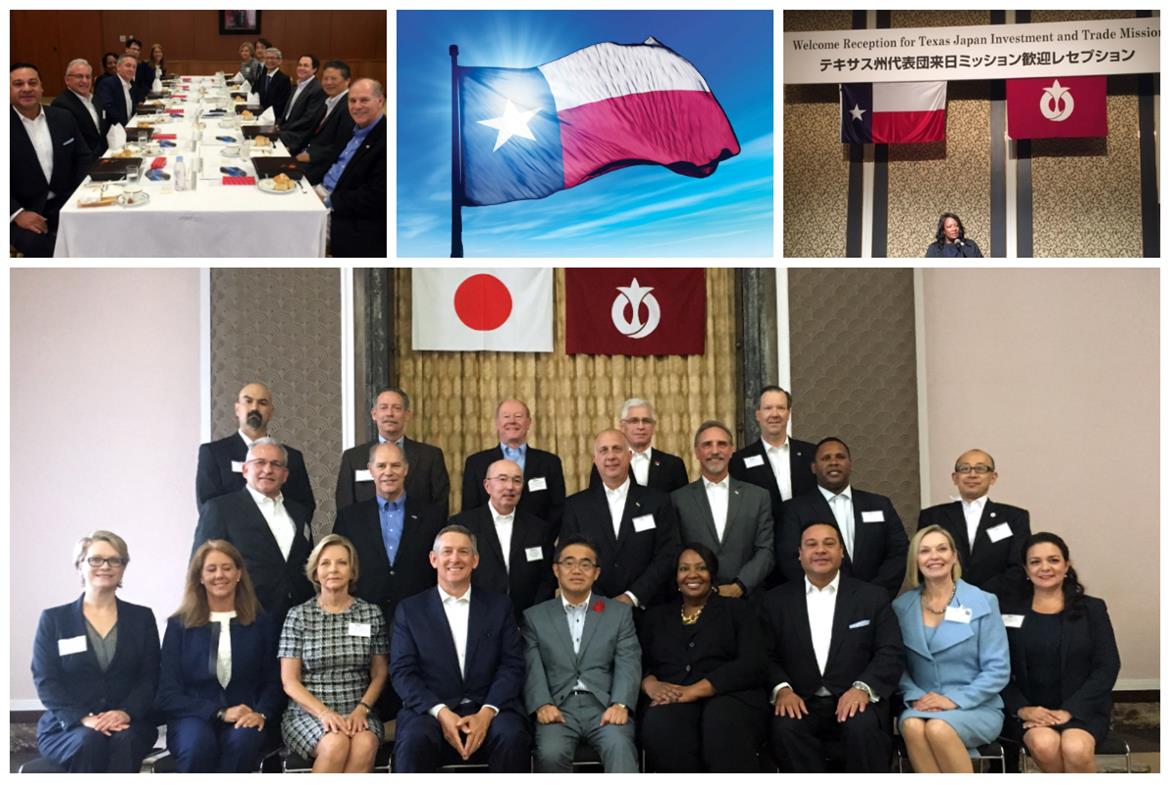 Oct 13 2016
Last week, TexasOne, the Office of the Governor and business and economic development leaders from across the state returned from a successful mission to Japan. Spanning three days and two cities, the Texas delegation, including Greater Conroe Economic Development Executive Director Fred Welch, attended 13 appointments with more than 400 targeted busines...Continue Reading

Jul 19 2016
As the Conroe economy continues to grow, the Greater Conroe Economic Development Council is dedicated to meeting the growing demand of new and existing businesses. The GCEDC recognizes that staying technologically advanced is critical to attracting businesses on the cutting edge. Thus, the GCEDC updated its website, www.gcedc.org, with the hel...Continue Reading

Jul 18 2016
CONROE – Teligistics, founded in 1999 in The Woodlands, Texas, has recently found a new home in Conroe’s Spirit of Texas Bank building.  The company brings 34 jobs with average annual salaries of $52,134, and the potential to expand to 70 employees over the next few years. The group anticipated tha...Continue Reading
Add to Report View Custom Report