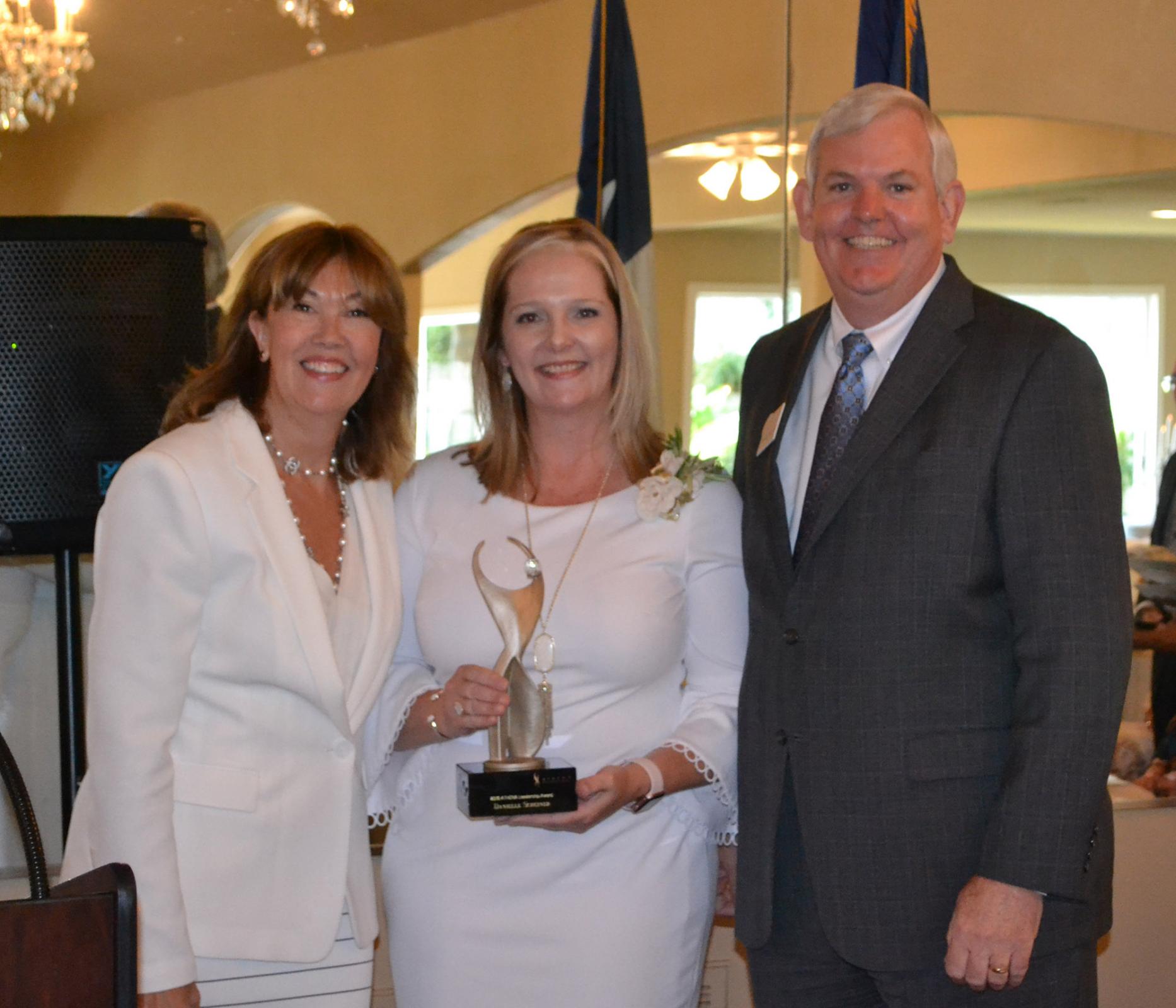 CONROE, TEXAS (August 8, 2018) – Conroe Economic Development Council Executive Director, Danielle Scheiner, received the first-ever Conroe/ Lake Conroe Chamber of Commerce ATHENA Leadership Award in recognition of her professional excellence, community service and leadership in assisting other women in their professional development. The ATHENA Leadership Award was presented to Scheiner at a luncheon honoring 18 women from throughout Montgomery County nominated for the inaugural award.

According to the Chamber, the ATHENA Leadership Award is part of a global business program that recognizes women and is inspired by the goddess of Greek mythology, known for her strength, courage, wisdom, and enlightenment. The award is presented to an individual in the community who demonstrates professional excellence, community service, and actively assists women in their attainment of professional excellence and leadership skills.

“I have been very fortunate to be given opportunities to help support non-profits in the community,” Scheiner told luncheon participants. “This is a phenomenal group of women that have been nominated, which makes it that much more amazing and humbling. I am very grateful for this award and promise to do my best to give back to this community moving forward.”

Scheiner has served the Conroe community since 1999 in a number of business and economic development roles and serves on a number of non-profit boards, including the New Danville community which serves special needs adults and the Montgomery County Food Bank. In January 2013, she joined the Conroe Economic Development Council (CEDC) as deputy director and took over as executive director of the CEDC in October 2017. She oversees day-to-day operations of the economic development efforts in Conroe, which has been recognized as one of the fastest growing mid-size cities in America.

The sold-out event took place July 26th at Heather’s Glen in Conroe. The Chamber plans for the ATHENA Leadership Award to be an annual event honoring leaders from across the Chamber’s landscape.

About the Conroe Economic Development Council

The mission of the Conroe Economic Development Council is to enhance the strength and stability of the greater Conroe economy through the support of existing industry and the attraction of manufacturing and service sector business, including the bioscience industry, which bring new capital and employment opportunities into the community. 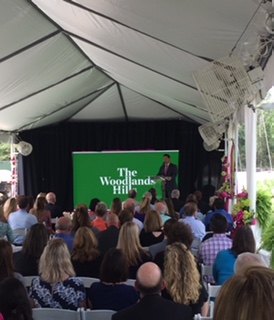 Jul 30 2018
Conroe’s newest residential community, The Woodlands Hills, held a grand opening dedication on July 19. The Woodlands Hills, located on FM 830 one mile west of I-45, is a 2,000-acre master-planned community designed and developed by The Howard Hughes Corporation. The celebration served as a chance for local leaders and electe...Continue Reading

Jun 20 2018
The Conroe Economic Development Council (Conroe EDC) announced that the City of Conroe has finalized the purchase of an additional 610 acres to expand Conroe Park North and keep up with growth and demand for quality industrial sites in Conroe. The additional acreage will be adjacent to the existing 1,04...Continue Reading